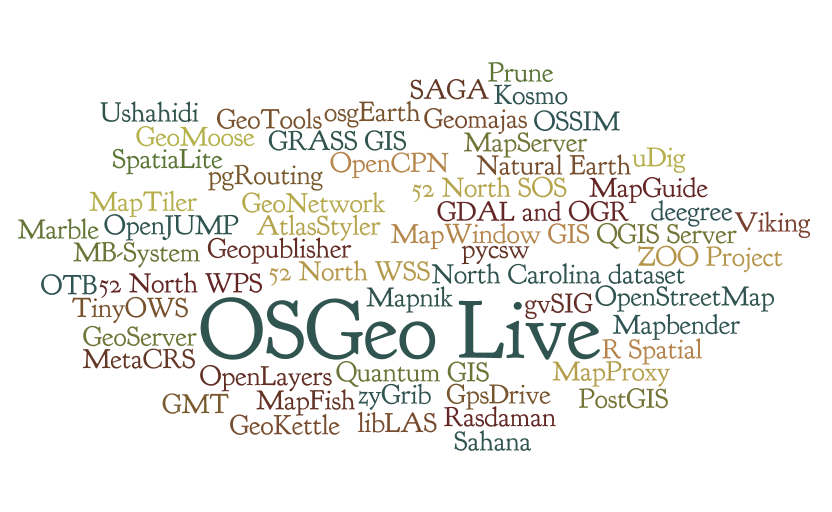 OSGeo Live provides bootable ISO-Images and Virtual Machines which allow users to try out fully-operational versions of popular Free Geospatial Software without the need to install a thing. Everything is set up for you ready to go: just reboot into it, glance at the help pages on the desktop, and go. The existing hard drive and operating system will not be modified in any way, everything happens in temporary system memory. As such it will run a bit slower than the "real thing" and house and lot for sale in cavite you may want to grab a USB flash drive to save or transfer files with. You can load and boot a live-image completely from a USB stick too if you prefer.

We do this in large part by maintaining automated build scripts which collect many OSGeo programs and sample data-sets together, and then combine them to form the Live disc or VM itself. By tweaking these scripts, users are free to make their own custom distributions, for example localized in their own language and with local map data.

The Arramagong Live DVD & VM contains a collection of the best Geospatial Open Source, pre-configured with sample data. The DVD and Virtual Machine are available for download at http://live.osgeo.org/en/download.html . Refer to Live GIS Disc Quick Start to get started.

How to add a project to OSGeoLive

You can find the artwork sleeves, background images, booklet at:

Our issue tracker is hosted at OSGeo's Trac system, and you will need to create an OSGeo UserId before you can login and edit issues. To distinguish the LiveDVD project from other OSGeo projects, use the following conventions:

Commit access
To get commit access, you need to create yourself an osgeo user id, then join our email list and ask to be given access to subversion. In this email, you will also need to confirm that you will comply with our license guidelines. Write something like:

A project admin will then add you to the osgeo user group.

There are multiple use cases for this product: