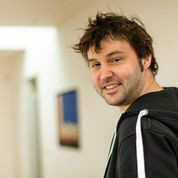 Till is one of the founders of the German language FOSSGIS conference series and joined his first OSGeo Conference in Minneapolis in 2005 before it was even called FOSS4G. Till also put a lot of effort into building the local and regional community and helped form FOSSGIS e.V., the legal body of the German language OSGeo Local Chapter which he also co-chairs.

In his main job he is founder and consutant at terrestris, an Open Source GIS company focused on web based FOSS4G software development and also of mundialis a more on Big Data and Remote Sensing Data processing focussed company. Till actively works with FOSS4G Software for more than a decade.

Till was the chair of FOSS4G 2016 in Bonn and now chairs OSGeo's conference committee. Till is also chart member of OSgeo nad on the board of FOSSGIS e.V. and also the newly founded OSGeo-Europe.