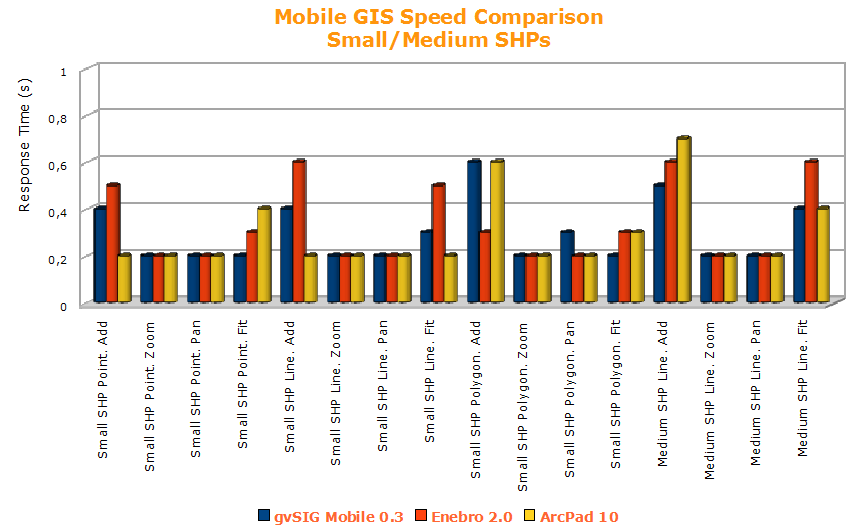 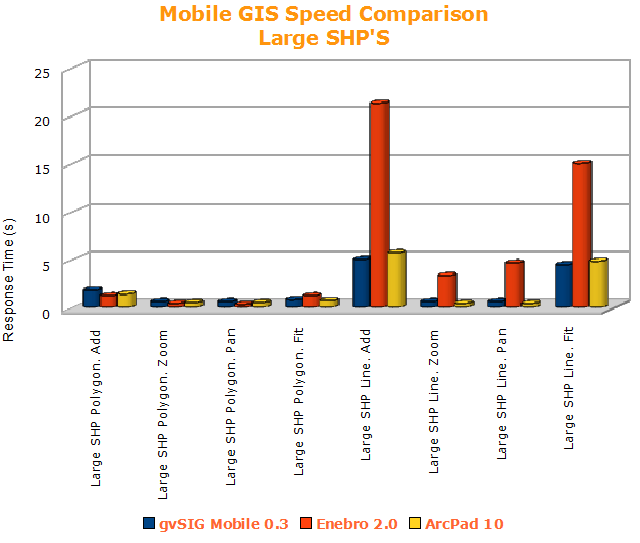 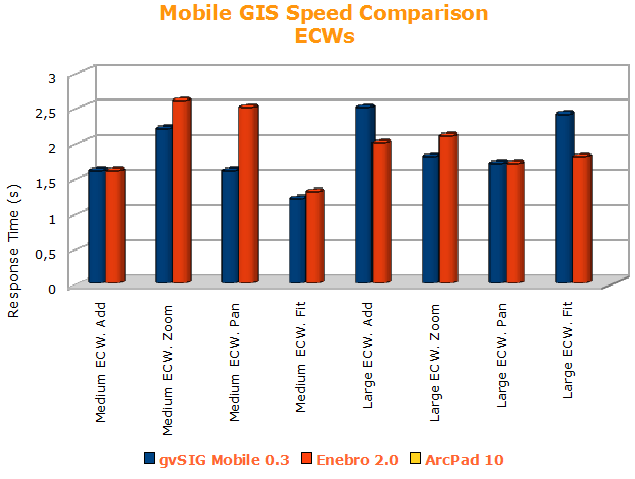 When trying to zoom to very small areas, Enebro doesn't finish the action (at least within first 5 minutes, which we've considered to be long enough as a user waiting time out before cancelling) neither in medium nor large raster sizes. We've preferred to include the good response time of Enebro in the chart, instead of infinite response time.